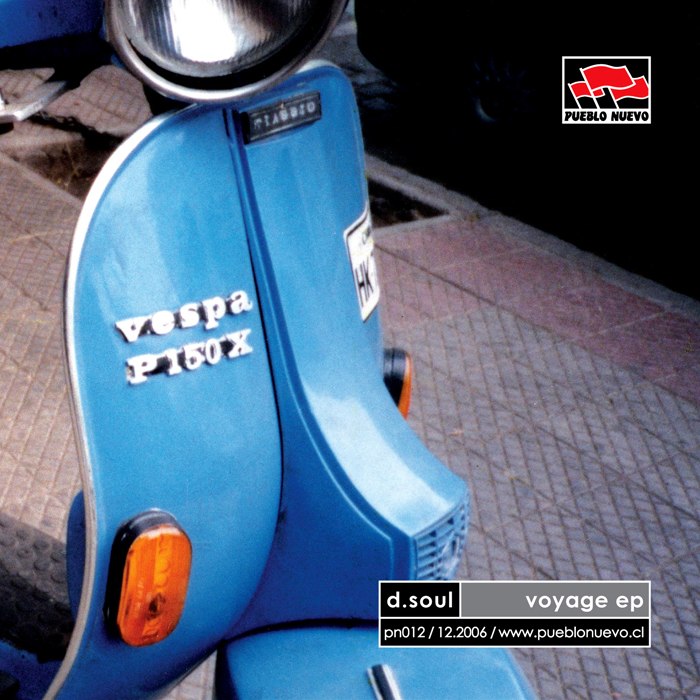 For all info please (y en castellano), visit:
https://pueblonuevo.cl/voyage/ At the end of 2006, Pueblo Nuevo opens a new stage in its catalogue, announcing the first publication of a non chilean musician (stop frontiers!). We introduce to "d.soul" (Daniel Tischer), one of the most actives of the european electronic scene next to the netlabel movements. "d.soul" has realized productions even in its own netlabel called Tropic (www.tropic-netlabel.de) as in Audio808, Corpid and Bumpfoot. Straight from Frankfurt, Germany, "d.soul" has directly given us "Voyage", EP of four deeply and minimalistic cuts, characterized by a melancholic sound and, at the same, rhythmic, but always with a cadence pulse rhythm. "d.soul" thanks very much to Pueblo Nuevo works and to the artists that have take part in its netlabel Tropic and by the wonderment to the Pueblo, Daniel has delivered us "Voyage EP", that besides more over has a remix by musician Hans Carstens (Tropic, Impar, Pueblo Nuevo). Pueblo Nuevo thanks to "d.soul" for integrate to this platform with its excellent music; special thanks to Americo Tapia for the cover photo; Hans Carstens for production of this EP in Chile and to Daniel Jeffs for the mastering.